Standing Up for Those Who Cannot by Kathryn Solly

I was born in the 1950’s and was very much brought up in an era where children were expected to do what they were told. However, we were also listened to, given some choices and respected at home and at school. Thinking was something which was encouraged through real life experiences, reading books and meeting different folk. Whilst it was not always full of monetary value, joy and wonder, it was a happy childhood. I was also taught that it was important to vote because women had struggled to achieve that for me.

I am writing this today as I see a world where some seek to control education and care settings and schools via the privilege, power and indifference to institutionalise those who are poorer, weaker, and less able than themselves for a variety of reasons. Sometimes, I wonder why we bother to vote as the system was and is still stacked against these down-trodden folk. I became a teacher because it was a profession where I felt I could help all children learn effectively, interact positively and make the most of their varied abilities. It was a profession that expected me to think and reflect just as so many of the pioneers had done before. Teachers were there to uphold the status quo, not to be overtly political but focus on their professional responsibilities of doing their utmost for children.

I had the good fortune to work in schools/settings where innovation, risk-taking and challenge were evident and encouraged. These were not schools full of anarchy but places where things were done for the right reasons and were therefore often innovative and different. Children learnt practically and found meaning whilst respecting the adults as collaborators and partners in learning. They often went home covered in paint, mud etc but were excited and enabled through their learning. They had some influence over their own learning and access to a variety of tools including sand and water trays plus role play resources even in year 6! These children were not seen as rows of vegetables but individuals to be nourished and nurtured in schools and settings with a strong moral foundation. Becoming an advocate for families and young children was a role which I slipped into gradually as the political system changed. I can remember voicing the concerns of families to medics, social workers, housing officers etc who appeared not to be listening to the family, let alone the voice of the child.

Increasingly over recent years I have come to realise that this is not always possible to innovate and do what is necessary for the unique child because the system imposes more and more control on those working with these children despite their rich diversity of backgrounds, abilities and strengths. Nowadays, you are not paid to think and improve things for children but just do as you are told and follow the next page in the pre-planned curriculum. Sometimes being different, doing things independently for the good of children threatens the conformity that is required by the system and you are judged as failing by these politically controlled standards. This has fuelled the fires of rebellion and questioning in me so I learnt to ask ‘why’ when yet further new expectations were foisted on us from above. Ultimately, I learnt that in order to survive and provide the very best we could for our community, then sometimes I had to appear to conform, not think but reproduce the ‘system’ they were looking for. Then they would go away and let us get on with what was developmentally appropriate and relevant for the children. I know at times I missed out and still miss out on things because I refused to toe the line and be quiet about practices which were developmentally inappropriate or simply wrong for the diverse community of children, families and staff I was responsible for. At other times I gained opportunities to travel and learn from others around the world as to different ways to do things. These travels also helped to illustrate to me how ‘Victorian’ the systems in England still are in our expectations in the provision of education and care for young children and the inappropriateness of expecting them to go faster and achieve milestones earlier and earlier. The system is still based upon correction, rather than love, care and kindness, respect and co-regulation.

Now in England we are in a situation where the pandemic has hit the early years sector and schools very hard. We know that early childhood has a huge role in affecting life chances but political forces seem intent on creating a system which doesn’t enhance opportunities due to a lack of coherence, appropriate funding and support especially for the most disadvantaged. Children who could most benefit from high quality experiences are most likely to lose out if there are even places in nurseries for them to attend at a price that their parents can afford. There is evidence that some families have not returned to early education and care since the pandemic started which is having repercussions when these children start school. The other side to this situation is the real challenge of recruiting, retaining and rewarding high calibre staff. Some providers are cutting back on the number of places they offer simply because they cannot afford to pay staff and thus limiting choices for parents trying to return to work. History does seem to reinvent the wheel with the sad demise of the Sure Start centres a few years ago, to their incipient recreation as hubs for parents recently. The waste of expertise, connections and resources is vast as the political system seeks to create structures which suit their purposes and control families.

Thus, we have a perfect storm, a maelstrom of uncertainty where young children’s lives are manipulated by the system in which their parents have very little, if any influence and choice over what is provided. We used to have opportunities to meet with and discuss changes and development with the government (DfE), Ofsted and other stakeholders but these are long gone. The system now seeks to ensure the implantation of what they want – control of the vast majority of the population, rather than what is actually needed for that population to grow and flourish. This they support with cherry-picked research to underpin their outdated and narrow political agendas of control. What is needed is to take education and care out of politics along with health, via a joined-up holistic non-political review and genuine consultation of what is central to children’s life chances and what they will need in the future as workers, so that we can build an equitable and fairer system focused on what young children need for their first 7 years rather than what government policy dictates. Ultimately, we all dream for much bigger and better opportunities for all our children but we do need to start that journey now by laying down the brave beginnings of sustained and reliable funding, recognition and respect of the diversity and needs of families to ensure the firm foundations for their future lives. 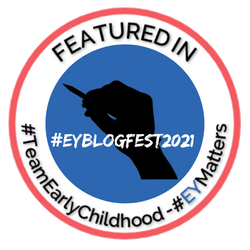 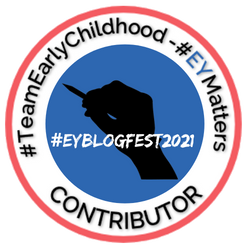