A Traveller girl creates her own musical instrument from a willow branch and lots of recycled objects. She plays it enthusiastically, but it sounds terrible! Ignoring warnings not to awaken the ogre in the hills, Ossiri goes there to practise playing her instrument. Will she wake the ogre, and will it appreciate her playing? This original tale offers a fascinating insight into Travelling lifestyles and cultures.

A Traveller girl creates her own musical instrument from a willow branch and lots of recycled objects. She plays it enthusiastically, but it sounds terrible! Ignoring warnings not to awaken the ogre in the hills, Ossiri goes there to practise playing her instrument. Will she wake the ogre, and will it appreciate her playing? This original tale offers a fascinating insight into Travelling lifestyles and cultures.

My grandson was reading this book with his class at school. Rarely had he been inspired to talk about his school work so much. he enjoyed the book so much that he wanted his own copy and was determined to read it himself. Anything that inspires and encourages kids to read is a good thing

I was extremely intrigued when I first spotted this story, as I have not read or heard of any tales told from within the Romani travelling community. I am so glad that O’neill, a renound Romani storyteller, partnered with Quarmby and Tolson to authentically give voice to a lesser known way of life.
Ossiri is an ambitious child, who, inspired by the talented travelling musicians that perform at family celebrations, dreams of learning to play an instrument herself. Here, we see the rise and fall of Ossiri’s dream- her resourcefulness shining in the face of adversity and the continuous desire to perform, regardless of those who tell her to stop. There is something quite special about Ossiri’s passion, which becomes increasingly magical and heartfelt as her audience evolves into someone quite unexpected. It is very warming to see how starkly the creators distinguish acts done with the heart and soul, and those motivated by greed, mixed in with an endearing touch of humour.

What shone for me was how simply this story would lend itself to enhancing empathy within the classroom, delivered through a protagonist that is less stereotypical of the average traditional tale. Ossiri is presented as a character who has strong family responsibilities and has had her fair share of hardship. I really do feel that these qualities might be a little more reflective of the lives for some children in the classroom, regardless of background, which allows the insight into her culture to resonate far more strongly. Of course, this story could excite some really creative, alternative traditional tale writing, with children possibly transferring the messages and themes into their own story. More importantly, it would broaden children’s writing into the wider world containing more than Little Red Riding Hood and Snow White.

Richard O Neill was born and brought up in a large traditional Romani family in the North of England. He is an award-winning storyteller and writer who tells his original stories in schools, museums, libraries and theatres throughout the UK. A sixth generation storyteller, he grew up in a vigorous oral storytelling tradition, learning his skills from some of the best Traveling storytellers in England, Scotland, Ireland and Wales. Richard is the author of eleven children s books, and his stories and plays have been broadcast on BBC Radio. His digital stories have been enjoyed throughout the world, and in 2013, he was the recipient of the National Literacy Hero award. 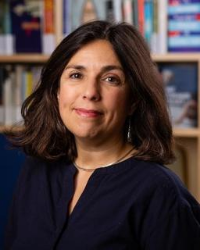 Katharine Quarmby is an author and journalist. She was a Royal Literary Fund Fellow at the London School of Economics (2015-2017) and now works at the Bureau of Investigative Journalism. Her latest books are Ossiri and the Bala Mengro; Yokki and the Parno Gry, (Child’s Play 2016). Ossiri is shortlisted for the Little Rebel Prize, 2017 and is an Empathy Lab Day pick 2017. Her latest non-fiction book, Hear My Cry, co-written with the ‘honour violence’ survivor, Diana Kader, was published in 2015 by Hachette Poland. No Place to Call Home, in which she investigated the relationship between Britain’s settled people and Roma, Romanies and Travellers, asking why it is often so troubled – and what can be done to heal the divide, was published by Oneworld in August 2013, and shortlisted for The Bread and Roses award. In 2014 she published, with Newsweek Insights, Romani Pilgrims, an e-book about Gypsy, Roma and Traveller evangelical Christians. Her first Kindle Single on her search for her Iranian birth father, and the ins and outs of adoption across the racial divide, Blood and Water, was also published in 2013. She also published Aftermath, as a Kindle Single, a short story about the Rwandan genocide, with much of the proceeds going to survivor charities, as well as a Thistle Single short story about her adoptive great-grandfather’s alleged involvement in the plot to assassinate Arch Duke Ferdinand, before the outbreak of the First World War, in 2014.

She has spent most of her working life as a journalist and has made many films for the BBC, as well as working as a correspondent for The Economist, contributing to British broadsheets, including the Guardian, Sunday Times and the Telegraph. She also freelances regularly for other papers, including a stint providing roving political analysis for The Economist, where she has worked as a Britain correspondent, during the 2010 general election, with a similar stint for Prospect in the 2017 snap election.

Her first book for adults, Scapegoat: why we are failing disabled people (Portobello Press, 2011), won a prestigious international award, the Ability Media Literature award, in 2011. In 2012 Katharine was shortlisted for the Paul Foot award for campaigning journalism, by the Guardian and Private Eye magazine, for her five years of campaigning against disability hate. Katharine and her fellow volunteer co-ordinators of the Disability Hate Crime Network, were honoured with Radar’s Human Rights People of the Year award, for their work on disability hate crime in 2010.