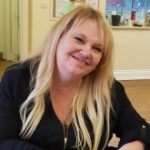 I received a call earlier today from a lovely lady called Gabriele Gineviciute, the Deputy Events Manager for the NMT TOP 20, telling me that I had been selected for the Nursery Top 10 Most Influential.

I had no idea and I am lost for words! I never expected back in October / November when I was pulling together this organisation to support the Early Years Community to work together that just a few months later I would be nominated for this, let alone be selected to win an award!

Thank you so much to all of you who have nominated for me.

Here is the list of the other finalists, and voting is now open to select the winner of the Top Ten .. we are already winners in my eyes to get this far!

The public vote will close at midnight on 12th June, and the winner will be announced at the awards dinner on the 20th June. The vote is open to all, and there is no limit of how many times people can participate.