In Conversation with … Aaron Bradbury-Coffey

There has been a lot of discussion over the past few weeks around Diversity and Inclusion which prompted Aaron to put out a tweet to see if anybody would be interested in joining with him to form a LGBTQ Working Group for Early Years – he received over 250 responses! The core Working Group has now been formed and to support and promote this important initiative, I wanted to get Aaron on film as part of my ‘In Conversation with …’ series to discuss why, what and how …

Note: In the recording Aaron refers to organising a special Awareness week in October; following an online meeting with the Working Group, this has been pushed back to November. 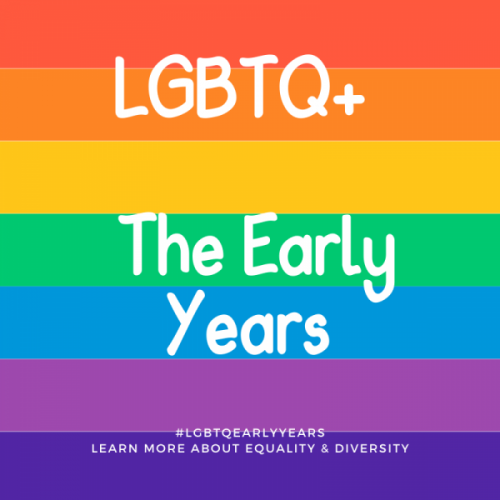 About the Working Group.
The Early Years is one of the most vibrant and exciting times of a child’s life. But it also is one of the most advantageous places we can shape hearts and minds. LGBTQ Diversity is important for our children to learn about themselves, inclusion and difference, society and people of difference too.

The group comprises of of academics, professionals and practitioners in the Early Years Education in the UK who want to share their knowledge, thoughts and expertise with the wider Early Years Community, Children and Families by providing a free to access resources about LGBTQ, Diversity and Oppression, encompassing key aspects of how to, expert advice, go to information, activities, articles, posters etc. to change those hearts and minds, share love and kindness and challenge within the Early Years Sector.
LGBTQ Early Years
LGBTQ Blogs
LGBTQ Resources

GoFundMe Campaign
This campaign has been created to fund the creation and distribution of LGBTQ resources, initially a booklet, for Early Years Provisions free of charge. The initial target for this is £1,000 and on publication of this interview with Aaron, just five days after the launch, nearly half this amount has been raised.

Needless to say, the more funds that are raised, the more resources can be developed and shared within the Sector.

We appreciate times are challenging for those working in the Sector and funds are tight, so would like to request that if you are not able to make a donation, please can you share the fundraising link via your network, social media etc. to encourage others to engage. Thank you. 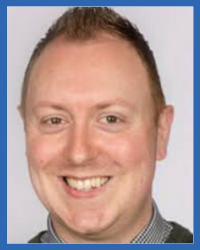 About Aaron
Aaron is a Principal Lecturer in Early Childhood at Nottingham Trent University with a specialism in Early Help, Child Development and Child Protection.
Aaron has been working in the Early Years / Childhood sector since leaving formal education. He qualified as a Nursery Nurse, completing his Btec National Diploma in Early Years and Education and went on to complete Higher Education and a Teaching Qualification and Postgraduate Certificate in Education. Since graduating he has been heavily involved in the Early Years and has worked in this sector for the majority of his career; he has also taught Early Years and Care in Further Education. He considers himself fortunate to work for Sure Start and Short Breaks for Children with Disabilities where he led a large team. He has also been a Children’s Commissioner for Public Health and Social Care.

Prior to joining Nottingham Trent University, Aaron was a Senior Curriculum Leader in a large University in Birmingham with responsibilities for Early Childhood and Early Years and also became the Lead for Curriculum for Apprenticeships.

His current roles cover many areas within the Early Childhood Arena including being a member of the Executive Committee of the ECSDN (Early Childhood Studies Degree Network, Joint Chair of the Children, Young People and Families Level 4 & 5 Apprenticeships Standard and is currently supporting the Level 6 Apprenticeship in Early Years and supports the strategy of research and current practice at Pen Green.

In addition he has recently become the joint Co-Founder and Co-Chair of the newly form Early Years Academy which allows Early Years professionals to gain professional Recognition through Fellowship Awards.

Aaron is an active member of the Early Years community and positions his work within practice, still working closely with the PVI and Maintained sector, providing an online platform for practioners and all Early Years professionals via his app and website, Early Years Reviews by Aaron which includes a blog which is well situated in the workforce, with many researchers and practitioners discussing contemporary topics.

Aaron is currently researching about apprenticeship pedagogy in Higher Education and how this may differ depending on the route a learner chooses. 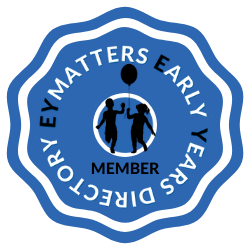