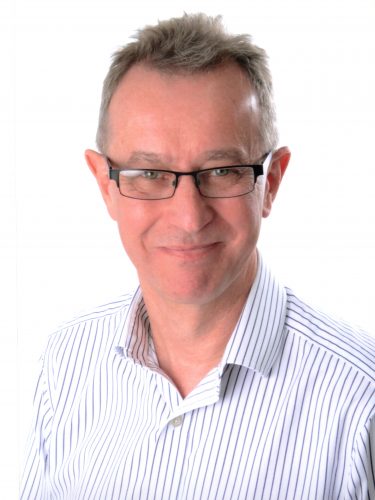 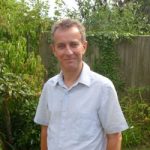 David is a speaker, writer, broadcaster and a trainer within the Early Years Sector.
David previously worked in IT for 25 years in various roles including technical support, project and European team management.

He is a co-owner of Paint Pots Nurseries in and around Southampton.
“Paint Pots is a small family group of childcare facilities, currently comprising six day nurseries, three preschools and one out-of-school club all located in the Southampton area. My wife, Anna, started Paint Pots in 1994. Following a 25 year career in IT, I joined Anna in running Paint Pots 15 years ago, retrained as an Early Years Teacher and we have been working together ever since. We were joined by our son Joseph eight years ago, who also trained as an Early Years Teacher and more recently by our youngest daughter, Jasmine, who is an apprentice with the company. As a dad, I understand the immense privilege we have forming relationships with young children, as well as the awesome responsibility.”

“Both myself and Simon Brownhill my co-author asked ourselves why men are kept from participating in the learning, development and care of very young children. Whilst studies have previously recorded some of these issues, there has been no previous book targeted at practitioners and decision makers, providing supportive material for reflection and practical guidance to address the current gender inequality in the workforce. We wanted to provide a research-informed/practical book that adds to the debate, provides encouragement and inspiration but also acts as a framework for self-evaluation and action planning.

The book explores the current situation, the beliefs and attitudes that underlie our culture, and the impact that these have in creating barriers to employment of men in the Early Years workforce. It also considers whether men have a valid role as Early Years professionals, how this relates to a non-gendered professional identity, and whether their presence in the workforce makes a difference. Expectations, fears, perceptions and pressures to conform to stereotypes are all discussed.

Our book invites readers to take action, to further their own knowledge, to network, to contribute to the debate, and to explore and add to the resources listed in the final chapter.”

David is a National Rep to the World Forum on Early Care and Education.
‘It is a privilege to participate as a member of the World Forum Foundation. In my opinion, it is not an exaggeration to say that attending the World Forum conference is a life-changing experience that connects like-minded people across the world and broadens our perspective beyond our own context to recognise that all children have needs and deserve the best future we can provide for them together.’

David has acted as an advisor to the Department of Education on gender balance in the Early Years workforce, chairing a Task and Finish group that published its proposals to government in 2018.

David is a member of the steering committee for the South East Region Ofsted Big Conversation.

As founder of the charity Families First Southampton, David has worked in conjunction with the local authority to roll out training on trauma informed care to agencies across the city.

David served as school governor for 20 years at 2 primary schools, chairing both governing bodies, at one of which he oversaw the move from Special Measure to Outstanding Ofsted judgement.

David is in partnership with James Butler and together they are organising the first BrewEdEYSouthampton event in March 2020. Further details of this event can be found in our Early Years Training and Events Diary and also in the ‘Links’ section of this entry.

Paint Pots Pre-School & Nursery makes a difference by providing high quality childcare and education, benefiting the child, the parents, our staff and the community, in a safe, caring and stimulating environment, full of love, laughter and learning.

Our Approach
Paint Pots has a loving and homely environment, which is safe, secure and stimulating. The emotional, social and physical development of all the children in our care is our primary concern. We ensure equality of opportunity for all children. We promote self respect and a respectful, caring attitude towards our environment and others.

We treat each child as an individual in terms of his/her needs and learning journey. We have high expectations of each child and work to achieve the best possible outcomes in partnership with parents.

We assess progress and plan activities to support each child on to their next step of development. In doing this, we plan to give each child the best of starts in life.

Our Staff
All our staff have been carefully chosen for their ability, dedication and love of children, in addition to their qualifications. We have a high staff to child ratio which allows us to really get to know the children in our care and to help them realise their full potential. We are always available to discuss any suggestions or concerns you may have.

Our History
Paint Pots has always been far more than just a business to us. Our mission is rooted in our personal journey.

We have always had an affinity and heart for young children and their families. We understand many of the problems that are faced by our parents, we had many years of treatment at local hospitals to enable us to have our older children, we lost one of our sons at 2 days old and another when he was 10 months old, we cared for our other two babies born at 29 weeks and adopted a 5 year old a few years later.

We understand how precious children are. We never take having them for granted and we recognise the enormous responsibility of caring for them as well as the tremendous privilege of being able to share our lives with them. We are grateful that families choose to put their trust in us to care for their children.

Paint Pots Pre-School was started in Anna and David’s home in 1993, this continued for many years and they only had the courage to borrow half a million pounds and expand when sadly Anna was diagnosed with Multiple Sclerosis – what was there left to lose!

In 2000, Paint Pots Pre-school & Nursery was established with our move into Waterloo Road, Freemantle, since when we have gradually added new settings across the Southampton area – all within easy travelling distance.

As we have grown, we work continuously to ensure each one of our settings – nursery, preschool or after-school provision retains the homely, caring atmosphere that we believe is the outworking of our motto Love, Laughter and Learning.

We can’t promise we will never lose a sock; that we will never send home the wrong shoes, coat bags etc; or that all our paper work will be spell checked and our invoices perfect, but we can promise that the children we care for will always have a cuddle when they need one, will be given the opportunity to make a mess, jump, climb, sing, learn and laugh – they will be loved. 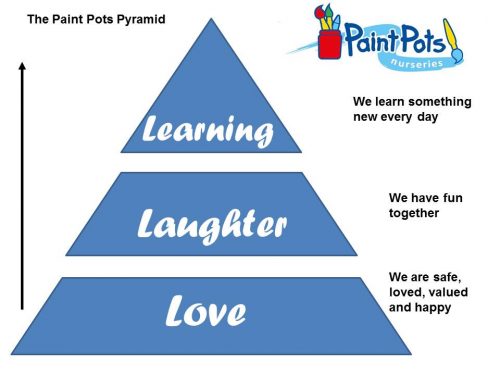 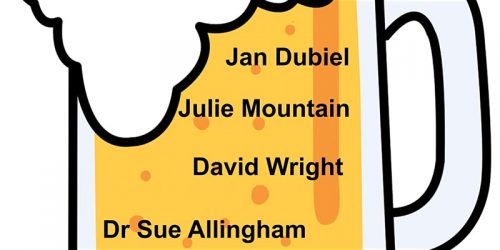 #BrewEdEY Events are open to all who work in the Early Years sector and to those working in other education phases; their focus is on early education but welcomes anyone with an interest in that particular phase of education.

For more information and to book, please visit the Event page in our Early Years Training and Events Diary. 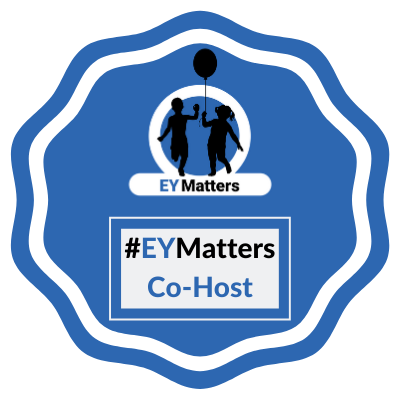 David is a regular contributer to the #EYMatters #EarlyYears #TwitterChat and has co-hosted the following Sessions:

Our Role As Agents of Community Cohesion (November 2018)

David’s Blog
David’s collection of thoughts, observations and retelling of events that happen during the typical working week at Paint Pots Nurseries.

Siren Films
David Wright talks about men working in early years
David talks, briefly about the research he has been doing with parents about there attitudes towards men working in the early years. Filmed at the Bristol Men in Early Years conference.