The Department for Education published the Early Years Foundation Stage Reforms following the consultation that ran from 24th October 2019 to 31st January 2020.

The full document can be downloaded / viewed from the link below:
Early years Foundation Stage Reforms – July 2020

Feedback from the major membership organisations is to be expected and will update this post here when they are released.

“The reforms to the EYFS are a missed opportunity to make this world-renowned framework even better, to improve outcomes for all children and to close the gap for the most disadvantaged. Government has not listened to the members of Early Education and the other sector organisations which came together as a coalition to offer our expertise, based on implementing principled early years pedagogy with children on a daily basis. Despite claiming it wishes to reduce workload, the government has made wholesale changes which will create additional work without improving practice. We cannot imagine why any schools would wish to be an early adopter of an untried framework at the same time as they are supporting children returning to school after COVID-19. Reception teachers need to be fully focused on meeting children’s needs, not on getting to grips with a new framework or set of Early Learning Goals.” 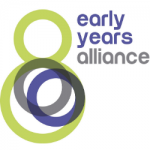 “We’re incredibly disappointed by the DFE’s response to the EYFS consultation released today. At every stage of the process, well-informed and constructive contributions were submitted from a variety of experts in early years development and they have almost entirely been ignored by the government.

The government have been repeatedly warned about the risks of shifting towards a narrow and overly formal approach to early years practice. However, this response continues to ignore the widely acknowledged fact that a child’s development is best served from a broad, well-rounded and holistic approach to early years education, not by a rigid framework which restricts the positive impact childminders, nurseries and pre-schools can have on a child’s development.

The government’s stance on the Early Learning Goals and the early years foundation stage profile continues to be deeply problematic. Indeed, the language used in the government response is particularly revealing as to how much influence the consultation responses have had on their policy decisions. Particularly as far as the EYFSP is concerned, where the common view was that the statutory moderation by local authorities should be retained, yet the government has chosen to remove it anyway.

This raises a serious question as to why have a consultation process at all, if you’re not willing to listen to the views of the sector and the experts within it?

We urge the government to re-examine the consultation submissions, listen to the expert and majority views and work with the sector to deliver EYFS reforms which truly enhance the learning and development of our young children, not constrain it.”