PRESS RELEASE: Anne Longfield, the Children’s Commissioner for England, is today (Friday) publishing a report looking at the provision of early years services for children across the country, alongside a warning that many nurseries are at risk of closure, hitting the life chances of some of the most vulnerable children and holding back the economic recovery following lockdown.

The report, ‘Best Beginnings’, is an in-depth examination of early years provision in England. It describes a system that is disjointed and often failing to target those disadvantaged children with development problems who most need early help.

It comes amid a recent warning from childcare providers that one in four nurseries and pre-schools fear closure within the year, rising to one in three in the most disadvantaged areas, as a result of the coronavirus lockdown.

The report shows the need for an overhaul of the early years system in England. It details how too many children, particularly those growing up in disadvantaged families, are already behind by the time they start formal education. Last year, 29% of five- year-olds in England were not at the expected level of development by the time they started school, including 45% of children receiving Free School Meals. In Middlesbrough, 38% of children are not achieving the expected level of development aged 5, while in Dudley and Sandwell it is 35% of children.

The report sets out how starting school behind can undermine children’s life chances. The Commissioner’s office analysed data on all children in England who had not met the expected level on half of their early learning goals at age 5 and tracked them through to the end of primary school. These children were:

The Children’s Commissioner is calling for a new ‘Best Beginnings’ early years investment plan, ranging from Children and Family hubs to midwives and health visitors, to tackle these problems at the beginning of a child’s life rather than waiting until crises develop in later years. While some foundations of an excellent early years service are already in place, the Children’s Commissioner is urging the Government to bring together and turbocharge these services into one system which provides first class provision that works for families and ensures that all children, including the most disadvantaged, get the best possible start in life.

The Children’s Commissioner makes a number of recommendations including: 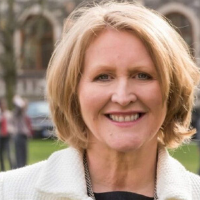 “Each year 82,000 children in England start school significantly behind where they should be at the age of 5. That is 1 in 7 children, or four children in every classroom. This report shows that their life chances can already be undermined at this point, if there is no joined up system of early support to help them get ready to learn.

“Nurseries and early years support play a vital role in helping children prepare for school, but Coronavirus and lockdown have put many at risk of closure. The consequences could be thousands of children missing out on vital support that sets them on a path to a good education and better prospects.

“At the same time, any economic recovery will need parents to able to return to work full time. Nursery closures could put a dent in plans to get the economy back on track.

“In the immediate term, we need an emergency Government rescue package to stop nurseries going under – but there is much more to do beyond that.

“The Government must make the early years a priority and drive reforms so that all children start school ready and able to learn and progress. Alongside high-quality early education, this means making sure that every family is guaranteed the support they need to help their young child to thrive, and to prevent early challenges turning into serious problems. This ‘Best Beginnings’ guarantee should make early years a central building block of the national recovery plan to level up children’s life chances, support families and boost the economy.”